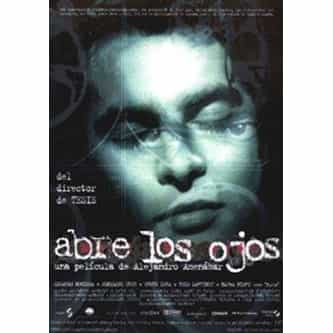 Abre los Ojos is a 1997 Spanish film co-written, co-scored and directed by Alejandro Amenábar and co-written by Mateo Gil. It stars Eduardo Noriega, Penélope Cruz, Fele Martínez and Najwa Nimri. In 2002, Open Your Eyes was ranked No. 84 in the Top 100 Sci-Fi List by the Online Film Critics Society. The movie's intersecting planes of dream and reality have prompted some critics to suggest comparisons to Calderón's masterwork Life Is a Dream. An American remake ... more on Wikipedia

Open Your Eyes IS LISTED ON