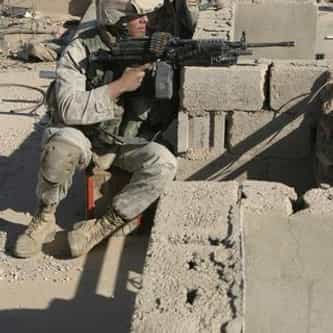 Operation Steel Curtain was a military endeavor executed by coalition forces in early November 2005 to reduce the flow of foreign insurgents crossing the border and joining the Iraqi insurgency. The operation was important in that it was the first large scale deployment of the New Iraqi Army. This offensive was part of the larger Operation Sayeed, designed to prevent al Qaeda in Iraq from operating in the Euphrates River Valley and throughout Al Anbar and to establish a permanent Iraqi ... more on Wikipedia

Operation Steel Curtain IS LISTED ON

#8 of 30
13.4k VOTES The Most Awesomely American Names for Military Operations
List Of Iraq War Battles