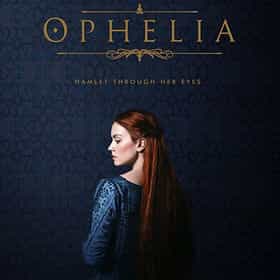 Ophelia is a 2018 British-American historical romantic drama film directed by Claire McCarthy, based on the Shakespearean character of the same name and the novel by Lisa Klein. As a rebellious and motherless child, Ophelia (Daisy Ridley) is taken into Elsinore Castle by Queen Gertrude (Naomi Watts) as one of her most trusted ladies-in-waiting, where she falls in love with Prince Hamlet (George MacKay) and eventually must choose between her true love and her own life. ... more on Wikipedia

Ophelia is ranked on...