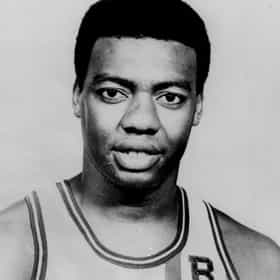 Oscar Palmer Robertson (born November 24, 1938), nicknamed "The Big O", is an American retired professional basketball player who played for the Cincinnati Royals and Milwaukee Bucks. The 6 ft 5 in (1.96 m), 205 lb (93 kg) Robertson played point guard and was a 12-time All-Star, 11-time member of the All-NBA Team, and one-time winner of the MVP award in 14 seasons. In 1962, he became the first player in NBA history to average a triple-double for a season. In the 1970–71 NBA season, he was a key player on the team that brought the Bucks their only NBA title to date. His playing career, especially during high school and college, was plagued by racism.Robertson is a two-time ... more on Wikipedia

Oscar Robertson is ranked on...

Oscar Robertson is also found on...