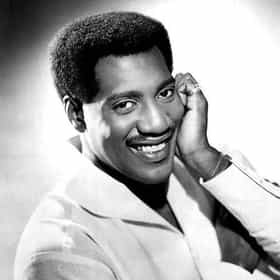 Otis Ray Redding Jr. (September 9, 1941 – December 10, 1967) was an American singer, songwriter, record producer, arranger, and talent scout. He is considered one of the greatest singers in the history of American popular music and a seminal artist in soul music and rhythm and blues. Redding's style of singing gained inspiration from the gospel music that preceded the genre. His singing style influenced many other soul artists of the 1960s. Redding was born in Dawson, Georgia, and at the age of 2, moved to Macon, Georgia. Redding quit school at age 15 to support his family, working with Little Richard's backing band, the Upsetters, and by performing in talent shows at the historic ... more on Wikipedia

Otis Redding is ranked on...

#123 of 2,211 The Best Rock Bands of All Time 3.3M VOTES Update: Follow Ranker's official New Rock 2020 playlist on Spotify! There are thousands of rock bands that have ...
#74 of 359 The Greatest Entertainers of All Time 130.7k VOTES When it comes to the greatest entertainers of all time, we're truly blessed to live in an age where technology allows u...
#18 of 199 Rock Stars Whose Deaths Were The Most Untimely 271.9k VOTES Dead rock stars, ranked in order of how much potential great music was lost to this world by their untimely passing. Th...
#38 of 252 The Best Blues Artists of All Time 107.3k VOTES Whether you like Muddy Waters, Robert Johnson, or that bluesy broad Etta James, there's now denying they're all some of the ...
#122 of 277 Rank the Rock N Roll Hall of Fame Inductees 310.5k VOTES Update: Follow Ranker's official New Rock 2020 playlist on Spotify! A complete list of bands and artists inducte...
#232 of 398 The Best Frontmen in Rock 782.4k VOTES   Giving out the title of best frontman in rock is like crowning someone the king of rock and roll. There are so many...
#120 of 333 The Greatest Classic Rock Bands 490.8k VOTES The greatest classic rock bands of all time embody the spirit of a generation of people who just wanted to rock. These top c...
#38 of 292 The (Male) Singer You Most Wish You Could Sound Like 147.7k VOTES What male singer's voice would you most like to have? This is a different question than "who are the best vocalists eve...
#58 of 279 The Top Pop Artists of the 1960s 94.1k VOTES List of the best pop artists of the 60s, ranked. The 1960s may very well be the best decade for music in the rock era. Music...
#35 of 520 Which Artist Would You Bring Back From The Dead To Write One More Song? 124.3k VOTES Many of the world's greatest musicians remain highly respected even in death. The world often mourns the loss of t...
#16 of 100 The Greatest Motown Artists Of All-Time 11.6k VOTES Nobody blends soul, R&B, and pop music quite like the best Motown artists of all-time. Founded by Berry Gordy Jr. i...
#9 of 277 The Greatest R&B Artists and Bands of All Time 26.7k VOTES A list of the best R&B artists. Though the definition of the genre has skewed over the years, at the heart of R&B mu...
Kids of Dead Musicians: How Are They Doing Today? 727.4k VIEWS Music can transform the soul and the musicians who write, produce, sing, and play our favorite songs can feel like a best ...
#1 of 159 The Best Soul Singers/Groups of All Time 36.2k VOTES Combining elements of jazz, R&B, and traditional gospel music, soul is a genre that became popular in the 1950s and hasn...
Famous People Who Died in Plane Crashes 248.5k VIEWS This is a list of notable human fatalities resulting from aviation accidents and incidents. Many of these famous people who ...
#1 of 19 The Best Southern Soul Bands/Artists 380 VOTES Southern soul artists list, with photos, ranked best to worst by votes. List of good southern soul bands includes a filter s...
Rock Stars and Bands that Died in Plane Crashes 523.5k VIEWS Who's all on this list of rock stars and bands that died in planes crashes? Aviation accidents have been the cause of many f...

Otis Redding is also found on...