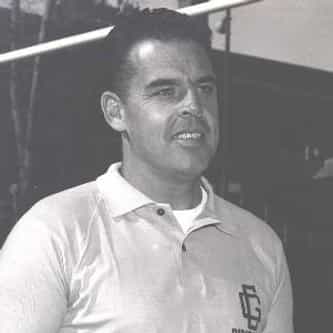 Otto Everett Graham Jr. (December 6, 1921 – December 17, 2003) was an American football quarterback who played for the Cleveland Browns in the All-America Football Conference (AAFC) and National Football League (NFL). Graham is regarded by critics as one of the most dominant players of his era, having taken the Browns to league championship games every year between 1946 and 1955, winning seven of them. With Graham at quarterback, the Browns posted a record of 114 wins, 20 losses, and four ... more on Wikipedia

Otto Graham IS LISTED ON