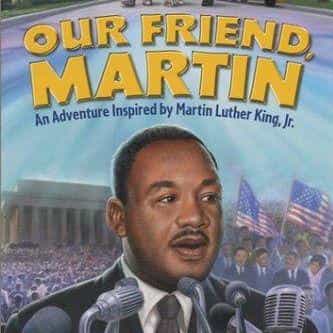 Our Friend, Martin is a 1999 animated children's educational film about Martin Luther King, Jr. and the American civil rights movement. Two friends travel through time, meeting Dr. King at several points during his life. It featured an all-star voice cast and was nominated for an Emmy award in 1999 for Outstanding Animated Program. It marks John Travolta's voice acting debut. It was the final release under the CBS/Fox Video name. ... more on Wikipedia

Our Friend, Martin IS LISTED ON