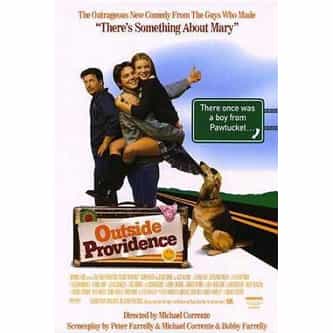 Outside Providence is a 1999 American film adaptation of Peter Farrelly's 1988 novel of the same name. The film was directed by Michael Corrente, and it was written by Corrente and the brothers Peter and Bobby Farrelly. Centring on Timothy "Dildo/Dunph" Dunphy, the film is about his life of mischief, his "incentive" to attend the Cornwall Academy preparatory boarding school, and his realization that the haze in which he has lived has to give way to something that will ... more on Wikipedia

Outside Providence IS LISTED ON