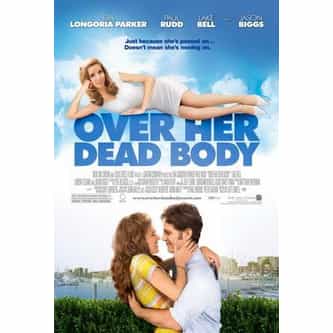 Over Her Dead Body

This film is a romantic comedy film starring Eva Longoria, Paul Rudd, Lake Bell, Jason Biggs, Lindsay Sloane, Ali Hillis, Colin Fickes and Stephen Root. It was written and directed by Jeff Lowell. The film is about Kate who passes on her wedding day with and Henry. He subsequently begins a relationship with psychic Ashley who becomes haunted by Kate trying to sabotage their relationship. The film was released in the United States and Canada on February 1, 2008. ... more on Wikipedia

Over Her Dead Body IS LISTED ON