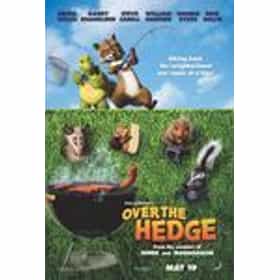 Over the Hedge is a 2006 American computer-animated comedy film based on the characters from the United Media comic strip of the same name. Directed by Tim Johnson and Karey Kirkpatrick, and produced by Bonnie Arnold, it was released in the United States on May 19, 2006. The film was produced by DreamWorks Animation and distributed through Paramount Pictures. The film features the voices of Bruce Willis, Garry Shandling, Steve Carell, William Shatner, Wanda Sykes, and Nick Nolte. It is the first DreamWorks Animation film to be distributed by Paramount Pictures, which acquired the live-action DreamWorks Studio in 2006. ... more on Wikipedia

Over the Hedge is ranked on...

Over the Hedge is also found on...