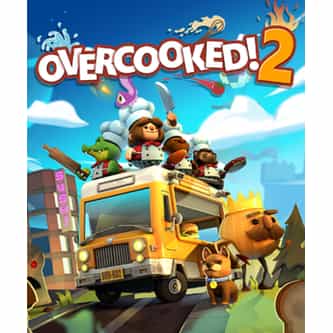 Overcooked 2 is a cooperative cooking simulation video game developed by Ghost Town Games and published by Team17. The sequel to Overcooked, it was released for Microsoft Windows, Nintendo Switch, PlayStation 4 and Xbox One in August 2018. In the cooking simulator game Overcooked 2, teams of up to four players cooperatively prepare and cook orders in absurd restaurants. Players chop and cook ingredients, combine them on plates, and serve dishes via a conveyor belt. Between coordinating ... more on Wikipedia

Overcooked 2 IS LISTED ON