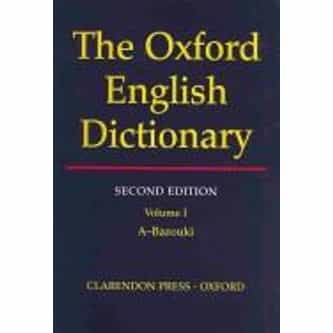 The Oxford English Dictionary, published by the Oxford University Press, is a descriptive dictionary of the English language. As well as describing English usage in its many variations throughout the world, it traces the historical development of the language, providing a comprehensive resource to scholars and academic researchers. The second edition, published in 1989, came to 21,728 pages in 20 volumes. Although work had begun on the dictionary in 1857, it was not until 1884 that it ... more on Wikipedia

The Oxford English Dictionary IS LISTED ON