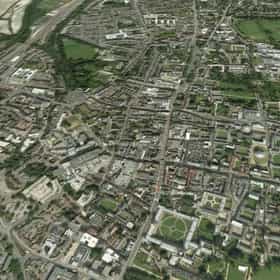 Oxford is a city in southern England and the county town of Oxfordshire. With a population of 150,200 it is the 52nd largest city in the United Kingdom, and one of the fastest growing and most ethnically diverse. Oxford has a broad economic base. Its industries include motor manufacturing, education, publishing, and a large number of information technology and science-based businesses, some being academic offshoots. The city is known worldwide as the home of Oxford University, the oldest university in the English-speaking world. Buildings in Oxford demonstrate examples of every English architectural period since the arrival of the Saxons, including the mid-18th-century Radcliffe ... more on Wikipedia

Oxford is ranked on...

Oxford is also found on...