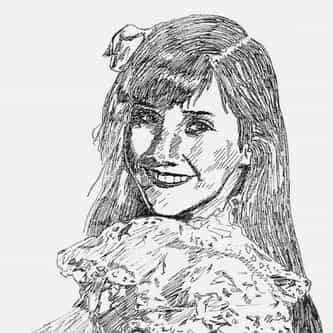 Pamelyn Wanda Ferdin (born February 4, 1959) is an American animal rights activist and a former child actress. Ferdin's acting career was primarily during the 1960s and 1970s, though she appeared in projects sporadically in the 1980s and later years. Ferdin began her career in numerous television series, and gained renown for her work as a voice actress supplying the voice of Lucy Van Pelt in A Boy Named Charlie Brown (1969), as well as in two other Peanuts television specials. She had ... more on Wikipedia

Pamelyn Ferdin IS LISTED ON