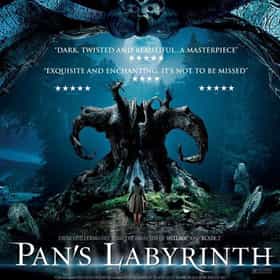 Pan's Labyrinth, originally known in Spanish as El laberinto del fauno, is a 2006 Spanish-Mexican dark fantasy film written and directed by Mexican Guillermo del Toro. It was produced and distributed by Esperanto Films. The story takes place in Spain in Mayâ June 1944 during the early Francoist period. The narrative of the film intertwines this real world with a mythical world centered on an overgrown abandoned labyrinth and a mysterious faun creature, with which the main character, Ofelia, interacts. Ofelia's stepfather, the Falangist Captain Vidal, hunts the Spanish Maquis who fight against the Francoist regime in the region, while Ofelia's pregnant mother grows increasingly ... more on Wikipedia

Pan's Labyrinth is ranked on...

Pan's Labyrinth is also found on...