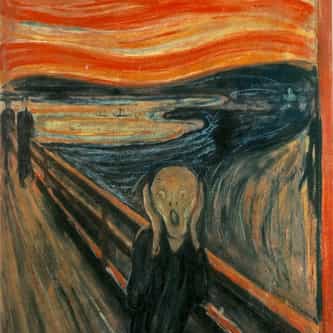 Panic disorder is an anxiety disorder characterized by recurring panic attacks, causing a series of intense episodes of extreme anxiety during panic attacks. It may also include significant behavioral changes lasting at least a month and of ongoing worry about the implications or concern about having other attacks. The latter are called anticipatory attacks. Panic disorder is not the same as agoraphobia, although many afflicted with panic disorder also suffer from agoraphobia. Panic ... more on Wikipedia

type of dog in harry potter, opposite of pisces, colts qb history, chippy tim and eric, funny things about each zodiac sign, famous polish sportspeople, celebrities with cats, who sings the song fences, modern renaissance man, what does a poisonous caterpillar look like