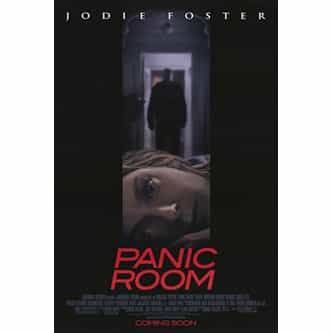 Tagline
It was supposed to be the safest room in the house.

Panic Room is a 2002 American thriller film directed by David Fincher and written by David Koepp. The film stars Jodie Foster and Kristen Stewart as a mother and daughter whose new home is invaded. Koepp's screenplay was inspired by news coverage in 2000 about panic rooms. The film was Fincher's fifth feature film, following Fight Club. Fincher and Koepp brought together a crew of people with whom each had worked before. ... more on Wikipedia

Panic Room IS LISTED ON