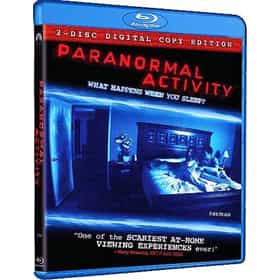 Paranormal Activity is a 2007 American supernatural horror film written, co-produced, photographed, edited, and directed by Oren Peli. The film centers on a young couple, Katie and Micah, who are haunted by a supernatural presence in their home. It is presented in the style of "found footage", from cameras set up by the couple in an attempt to document what is haunting them. Originally developed as an independent feature and given film festival screenings in 2007, the film was acquired by Paramount Pictures and modified, particularly with a new ending. It was given a limited U.S. release on September 25, 2009, and then a nationwide release on October 16, 2009. The film earned ... more on Wikipedia

Paranormal Activity is ranked on...

Paranormal Activity is also found on...