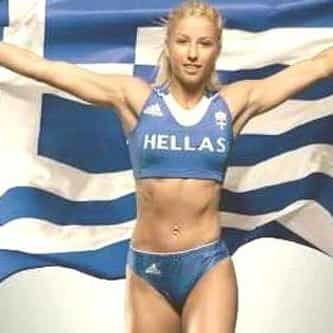 Paraskevi "Voula" Papachristou (Greek: Παρασκευή (Βούλα) Παπαχρήστου [parasceˈvi papaˈxristu]; born 17 April 1989) is a Greek triple jumper and long jumper. She won two gold medals at the European Athletics U23 Championships and represented Greece at the 2011 World Championships in Athletics. She was removed from the Greek team for the 2012 London Olympics by the Greek Olympic Committee after making an insensitive comment online in 2011. She participated at the 2016 Summer ... more on Wikipedia

Paraskevi Papachristou IS LISTED ON