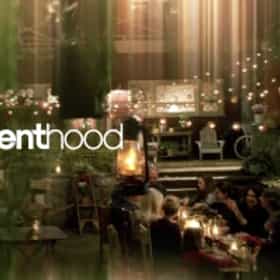 Parenthood is an American television drama series developed by Jason Katims and produced by Imagine Television and Universal Television for NBC. The show tells of the Braverman clan which consists of an older couple, their four children and their families. One of the grandchildren depicted has Asperger syndrome which has gained attention throughout the press. Loosely based on the 1989 film of the same title, the series is the second adaptation of the film to air on television preceded by the 1990–91 TV series, which also aired on NBC. Following on the heels of the critically acclaimed TV series Friday Night Lights, Katims approached Ron Howard and Brian Grazer with the idea of creating ... more on Wikipedia

The Best Seasons of Parenthood 155 votes No matter what you believe to be the best season of Parenthood, it's safe to say that they all made you cry. Following the B...
What to Watch If You Love Parenthood 428 votes Ah, Parenthood. Why did that show ever have to end? If you’ve just finished all six seasons and you’re already missing the B...

Parenthood is ranked on...

Parenthood is also found on...