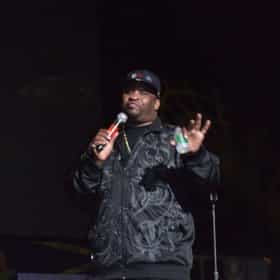 Patrice Malcolm O'Neal (December 7, 1969 – November 29, 2011) was an American stand-up comedian, actor, and radio host. He grew up in Boston and developed an interest in stand-up comedy at a young age, first performing in 1992 when his act mainly focused on conversations with his audience.O'Neal became known for his conversational style, deconstructive analysis, and often confrontational point of view in his stand-up routines. His profile rose through appearances on Tough Crowd with Colin Quinn and, from 2002, XM Radio's Opie and Anthony. He hosted The Black Phillip Show on radio from 2006 to 2008. In 2010 O'Neal released his first and only hour-length special, Elephant in the Room for ... more on Wikipedia

Patrice O'Neal is ranked on...

Patrice O'Neal is also found on...