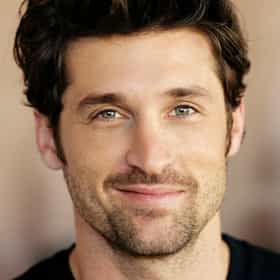 Patrick Galen Dempsey (born January 13, 1966) is an American actor and race car driver, best known for his role as neurosurgeon Derek "McDreamy" Shepherd in Grey's Anatomy, starring alongside Ellen Pompeo (Dr. Meredith Grey). Dempsey then retired the character after 11 seasons. He saw early success as an actor, starring in a number of films in the 1980s, including Can't Buy Me Love (1987) and Loverboy (1989). In the 1990s, he mostly appeared in smaller roles in film, such as Outbreak (1995) and television. Patrick was also in Scream 3 (2000) where he portrayed the role of Detective Mark Kincaid. He was successful in landing a lead role in Sweet Home Alabama (2002), a surprise ... more on Wikipedia

Patrick Dempsey is ranked on...

Patrick Dempsey is also found on...