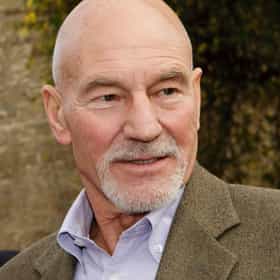 Sir Patrick Stewart (born 13 July 1940) is an English actor whose work has included roles on stage, television, and film in a career spanning almost six decades. He has been nominated for Olivier, Golden Globe, Emmy, Screen Actors Guild, and Saturn Awards throughout his career. Beginning his career with a long run with the Royal Shakespeare Company, Stewart received the 1979 Laurence Olivier Award for Best Actor in a Supporting Role for his performance in Antony and Cleopatra in the West End. Stewart's first major screen roles were in BBC-broadcast television productions during the mid-late 1970s, including Hedda, and the I, Claudius miniseries. From the 1980s onward, Stewart began ... more on Wikipedia

Patrick Stewart is ranked on...

Patrick Stewart is also found on...