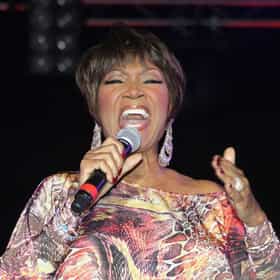 Patti LaBelle (born Patricia Louise Holte; May 24, 1944) is an American singer, actress, and entrepreneur. LaBelle began her career in the early 1960s as lead singer and front woman of the vocal group, Patti LaBelle and the Bluebelles. Following the group's name change to Labelle in the early 1970s, they released the iconic disco song "Lady Marmalade" and the group later became the first African-American vocal group to land the cover of Rolling Stone magazine.After the group split in 1976, LaBelle began a successful solo career, starting with her critically acclaimed debut album, which included the career-defining song, "You Are My Friend". LaBelle became a ... more on Wikipedia

Patti LaBelle is ranked on...

Patti LaBelle is also found on...