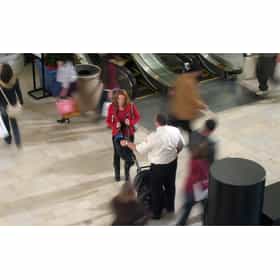 Paul Blart: Mall Cop is a 2009 American family-action comedy film directed by Steve Carr and co-written by Kevin James, who stars as the title character, Paul Blart. Filming began in February 2008 with most of the shooting taking place at the Burlington Mall in Burlington, Massachusetts. The film opened in the United States on January 16, 2009, distributed by Columbia Pictures. Despite receiving below average scores on Rotten Tomatoes and Metacritic, the film went on to become a box office success. Created on a relatively small budget of $26 million, it grossed $31.8 million in its opening weekend and finished with a domestic gross of more than $146 million. Its worldwide total ... more on Wikipedia