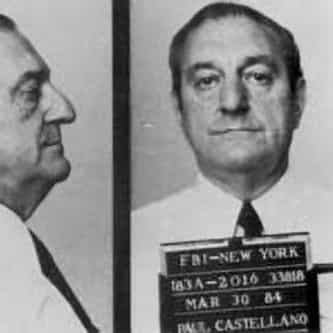 Constantino Paul "Big Paul" Castellano (Italian: [kastelˈlaːno]; June 26, 1915 – December 16, 1985), also known as "The Howard Hughes of the Mob" and "Big Paulie" (or "PC" to his family), was an American mafia boss who succeeded Carlo Gambino as head of the Gambino crime family in New York, the nation's largest Cosa Nostra family at the time. Noted for his business abilities, the unsanctioned assassination of Castellano in 1985 by John Gotti sparked ... more on Wikipedia

Paul Castellano IS LISTED ON