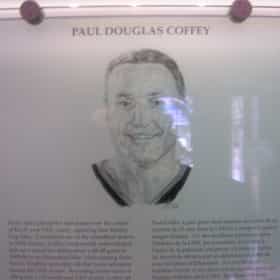 Paul Douglas Coffey (born June 1, 1961) is a Canadian former professional ice hockey defenceman who played for nine teams in the National Hockey League. Known for his speed and scoring prowess, Coffey ranks second all-time among NHL defencemen in career goals, assists, and points, behind Ray Bourque. He won the Norris Trophy as the NHL's best defenceman three times and was voted to eight end-of-season All-Star Teams (four First-Team and four Second-Team). He holds the record for the most goals by a defencemen in one season, 48 in 1985-86, and is the only defencemen to have scored 40 goals more than once, also doing it in 1983-84. He is also one of only two defencemen to score 100 ... more on Wikipedia

Paul Coffey is ranked on...

Paul Coffey is also found on...