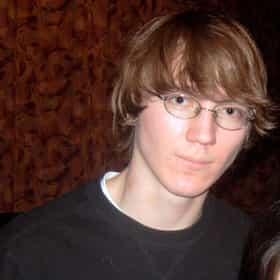 Paul Franklin Dano (; born June 19, 1984) is an American actor, director, screenwriter, producer and musician. Dano started his career on Broadway before making his film debut in The Newcomers (2000). He won the Independent Spirit Award for Best Debut Performance for his role in L.I.E. (2002) and received accolades for his role as Dwayne Hoover in Little Miss Sunshine (2006). For his dual roles as Paul and Eli Sunday in There Will Be Blood (2007), he was nominated for the BAFTA Award for Best Supporting Actor. Dano has also received accolades for roles such as John Tibeats in 12 Years a Slave (2013) and Alex Jones in Prisoners (2013). His acting portrayal of musician Brian Wilson in ... more on Wikipedia

Paul Dano is ranked on...

#6 of 17 Who Would Star In 'Pulp Fiction' If It Were Remade Today? 2.1k VOTES Quentin Tarantino is one of the most acclaimed directors of all time, and Pulp Fiction is definitely among his all-time grea...
#9 of 26 The Best Actors Who Played Rock Stars On Film 6.8k VOTES Several famous rock stars have led lives so intriguing and/or troubling that they've inspired enviable acting roles. Fr...
Famous People Named Paul 64.7k VIEWS List of famous people named Paul, along with photos. How many celebrities named Paul can you think of? The famous Pauls belo...
Celebrities Who You Probably Never Noticed Have Wonky Eyes 3.3M VIEWS Strabismus is a condition that affects the alignment of the eyes, causing a person to look cross-eyed or walleyed. Strabismu...
How Celebrities Spent Their 21st Birthdays 12.3k VIEWS When you're a celebrity and every day is a party (at least that's what it seems like!), how do you top it for your 21st birt...
23 Actors Who Have Played Identical Twins 211.1k VIEWS Hollywood executives get two performances for the price of one when an actor plays a set of identical twins in film and tele...

Paul Dano is also found on...