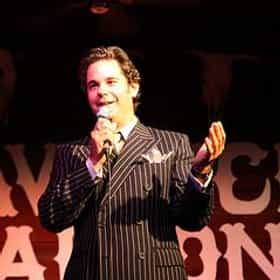 Paul Francis Tompkins (born September 12, 1968) is an American comedian, actor, and writer. He is known for his work in television on such programs as Mr. Show with Bob and David, Real Time with Bill Maher, and Best Week Ever, later renamed Best Week Ever with Paul F. Tompkins.He is known for his numerous appearances on podcasts, including his 200-plus appearances on Comedy Bang! Bang! He has also been the host of the Fusion Channel talk show No, You Shut Up!, The Dead Authors Podcast, the online Made Man interview series Speakeasy with Paul F. Tompkins, the Earwolf podcast Spontaneanation with Paul F. Tompkins, and The Pod F. Tompkast, which was ranked #1 by Rolling Stone on their ... more on Wikipedia

Paul F. Tompkins is ranked on...