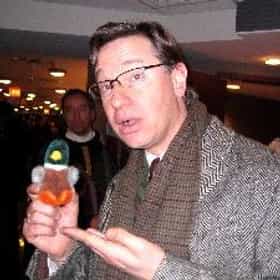 Paul Samuel Feig (; born September 17, 1962) is an American actor and filmmaker. He is best known for directing films starring frequent collaborator Melissa McCarthy, including Bridesmaids (2011), The Heat (2013), Spy (2015), and Ghostbusters (2016). He also directed the black comedy mystery film A Simple Favor (2018) and the romantic comedy film Last Christmas (2019). Feig created the comedy series Freaks and Geeks (1999–2000) and Other Space (2015). He has also directed several episodes of the U.S version of The Office, Arrested Development, Weeds and Nurse Jackie, as well as episodes of Mad Men, 30 Rock, and Parks and Recreation. He received nominations for two Primetime Emmy Awards ... more on Wikipedia

Paul Feig is ranked on...

#66 of 121 The Best Comedy Directors in Film History 14.4k VOTES Titans of comedy! These kings of clowning are the best comedy directors ever to make side-splitting movies. This list includ...
#16 of 161 The Most Overrated Directors of All Time 39k VOTES List of the most overacted directors in the film industry of all times. Often the success, both critically and financially, ...
Every Person And Company In Hollywood Who Has An Inclusion Rider 368 VIEWS Frances McDormand's 2018 Oscar speech included the term "inclusion rider," which, at the time, was little-kno...

Paul Feig is also found on...