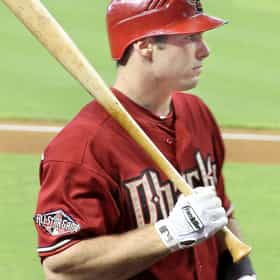 Paul Edward Goldschmidt (born September 10, 1987), nicknamed "Goldy", is an American professional baseball first baseman for the St. Louis Cardinals of Major League Baseball (MLB). He made his MLB debut with the Arizona Diamondbacks in 2011. Lightly recruited out of The Woodlands High School, Goldschmidt played for the Texas State Bobcats and was selected by the Diamondbacks in the eighth round of the 2009 MLB draft. He rose through the minor leagues, reaching the major leagues in 2011. The Diamondbacks traded him to the Cardinals during the 2018–19 offseason. Goldschmidt is a six-time MLB All-Star. He led the National League in home runs and runs batted in during the 2013 ... more on Wikipedia

Paul Goldschmidt is ranked on...

#216 of 620 The Greatest Baseball Players Of All Time 515.9k VOTES This greatest baseball players list represents the combined lists of baseball fans everywhere. Anyone can make their own lis...
#14 of 48 Who Will Win the 2019 National League MVP? 2.6k VOTES The race for 2019 National League MVP is stacked. With Bryce Harper and J.T. Realmuto jumping ship to the Philadelphia Phill...
#197 of 202 The All-Around Best Athletes of 2018 32.9k VOTES When it comes to being an all-around best athlete, you're not just talking about the leading scorers of all time, or th...
#61 of 90 The All-Around Best Athletes of 2019 8.5k VOTES Do you know who is the best all-around athlete of 2019? We are not just talking about offensive powerhouses but players that...
#25 of 58 Who Will Make the 2018 MLB All-Star Game? 7.4k VOTES Once opening day has passed, it's never too early to start making your 2018 MLB All-Star Game predictions. Spring already sp...
#24 of 50 The 50 Most Valuable MLB Players For Fantasy Baseball In 2019 4.1k VOTES Opening Day 2019 is around the corner, and while MLB managers focus on setting their roster and choosing an opening day...
#3 of 41 The Best MLB First Basemen of 2014 858 VOTES Who is the best MLB first baseman of the 2014 season? This list includes starters and backup first basemen teams in both t...
#1 of 27 Who Is The Best First Baseman In Major League Baseball Right Now? 913 VOTES Regardless if you're constructing a fantasy roster or simply staying up-to-date on the MLB's finest, thi...
#15 of 125 The Best Current MLB Hitters 20.9k VOTES Whether you're working on your fantasy baseball roster or simply staying updated with the 2018 MLB rankings, ...
Famous People Named Paul 63.5k VIEWS List of famous people named Paul, along with photos. How many celebrities named Paul can you think of? The famous Pauls belo...

Paul Goldschmidt is also found on...