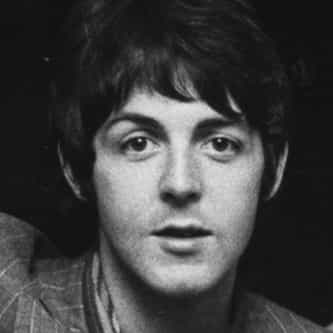 Sir James Paul McCartney (born 18 June 1942) is an English singer, songwriter, musician, composer, and record and film producer who gained worldwide fame as bass player for the Beatles. His songwriting partnership with John Lennon remains the most successful in history. After the group disbanded in 1970, he pursued a solo career and formed the band Wings with his first wife, Linda, and Denny Laine. A self-taught musician, McCartney is proficient on bass, guitar, and keyboards. He is known ... more on Wikipedia

7k votes The Best Paul McCartney Albums of All Time

85.8k readers There Are A Lot Of People Who Still Believe Paul McCartney Died In 1966, And Here's Their "Evidence"

9.1k readers New Things About Paul McCartney, The Beatles, And Wings From His 2018 Interviews

Paul McCartney IS LISTED ON