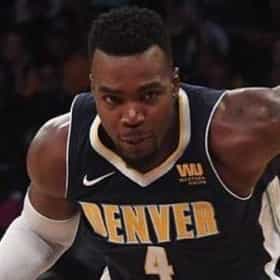 Paul Millsap (born February 10, 1985) is an American professional basketball player for the Denver Nuggets of the National Basketball Association (NBA). A power forward from Louisiana Tech University, Millsap was selected by the Utah Jazz in the second round (47th overall) of the 2006 NBA draft and was named to the NBA All-Rookie Second Team. He played in Utah until 2013, when he became a member of the Hawks. He is a four-time NBA All-Star. ... more on Wikipedia

Paul Millsap is ranked on...

Paul Millsap is also found on...