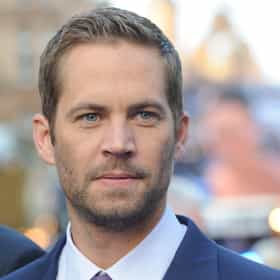 Paul William Walker IV (September 12, 1973 – November 30, 2013) was an American actor, social activist and philanthropist. He was best known for his role as Brian O'Conner in The Fast and the Furious franchise. Walker began his career as a child actor during the 1970s and 1980s, but first gained recognition in the early 1990s after appearing in the television soap opera The Young and the Restless. He soon transitioned into film, and received praise in 1999 for his performances in the teen films She's All That and Varsity Blues, which helped kickstart his career. Walker then gained international fame after starring in The Fast and the Furious. He subsequently gained commercial success ... more on Wikipedia

The Best Paul Walker Movies 19.2k votes List of the best Paul Walker movies, ranked best to worst with movie trailers when available. The life of the Fast and Fur...
Just Like Brian O'Conner, Paul Walker's Life Was Too Fast, Too Furious 9.1k views His room-brightening smile, model good-looks, and, of course, those sparkling baby blue eyes; these are just a few things th...
27 Pictures of Young Paul Walker 31.3k views In honor of his amazing life and career, here are some beautiful pictures of a young Paul Walker, the late actor who is best...

Paul Walker is ranked on...

Paul Walker is also found on...