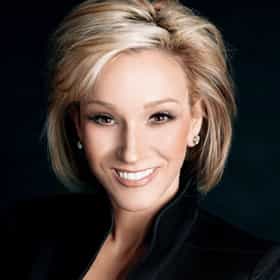 Paula Michelle White-Cain (née Furr; April 20, 1966), better known as Paula White, is an American non-denominational pastor. Prior to May 2019, she was senior pastor of New Destiny Christian Center, in Apopka, Florida, a non-denominational, multicultural megachurch. She hosts a television show, Paula White Today. She was the co-pastor of Without Walls International Church in Tampa, a church she co-founded with pastor and then-husband Randy White. White became chair of the evangelical advisory board in Donald Trump's administration. She delivered the invocation at his inauguration, on January 20, 2017. She was listed number three on the "50 Most Powerful 2017: Philanthropy ... more on Wikipedia

Paula White is ranked on...

Celebrities Who Survived Sexual Abuse 193.2k VIEWS This list contains information about celebrities who were sexually abused as children. According to RAINN, the Rape, Abuse a...
Famous People Whose Last Name Is White 29.5k VIEWS Being a fairly common name, it's no surprise there are a lot of famous people with the last name White. Do you recognize all...
51 Famous Survivors of Child Abuse 622.3k VIEWS List of Famous Survivors of Child Abuse, loosely ranked by fame and popularity. Many actors, musicians and celebrities have ...
Famous People Named Paula 5.2k VIEWS Ever wondered how many famous people named Paula there are? This list of celebrities named Paula includes photos and infor...

Paula White is also found on...