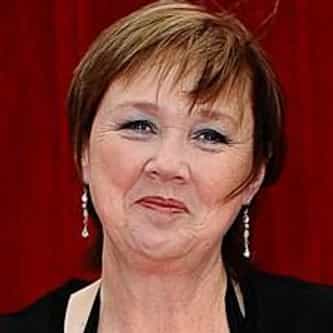 Pauline Perpetua Quirke is an English actress who has played Sharon Theodopolopodous in the long-running comedy series Birds of a Feather from 1989 to 1998, and again since 2014. For this role, she won the 1990 British Comedy Award for Best Newcomer. She was nominated for the BAFTA TV Award for Best Actress for her role in the 1996 BBC miniseries The Sculptress. Her other television credits include Maisie Raine (1998–99), Down to Earth (2000–03), Emmerdale (2010–12) and Broadchurch ... more on Wikipedia

Pauline Quirke IS LISTED ON