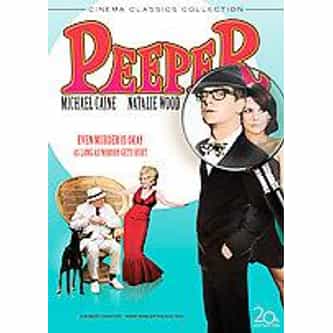 Peeper is a 1976 comedy-mystery film directed by Peter Hyams that starred Michael Caine as Leslie C. Tucker, a bungling private investigator. It was a send-up of the 1940s film noir genre, but it was released at the same approximate time as both the drama-mystery Chinatown and the Herbert Ross-directed Woody Allen comedy Play It Again, Sam, and as a direct result, Peeper was a box-office failure that jeopardized Hyams's career and almost prevented him from obtaining funding to produce ... more on Wikipedia

Peeper IS LISTED ON