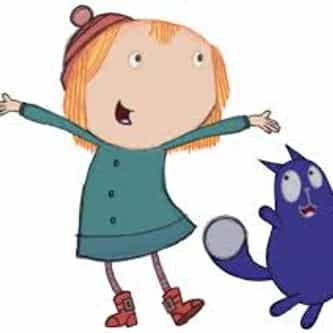 Peg + Cat is an American-Canadian animated children's television series based on the children's book "The Chicken Problem", which was published in 2012. The series is created by Billy Aronson and Jennifer Oxley and produced by The Fred Rogers Company and 9 Story Entertainment. It debuted on most PBS stations on October 7, 2013, as part of the revamped PBS Kids brand. The show is targeted to children 3 to 5 years old. The goal is to "inspire preschoolers’ natural curiosity ... more on Wikipedia

Peep and the Big Wide World

The Cat in the Hat Knows a Lot About That!

Peg + Cat IS LISTED ON