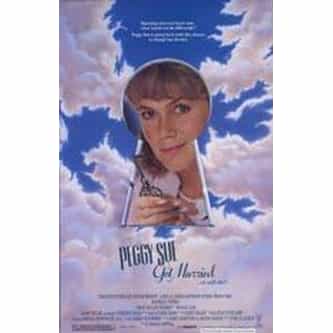 Tagline
Knowing what you know now
what would you do differently?

Peggy Sue Got Married is a 1986 American comedy-drama film directed by Francis Ford Coppola starring Kathleen Turner as a woman on the verge of a divorce, who finds herself transported back to the days of her senior year in high school in 1960. The film was written by husband and wife team Jerry Leichtling and Arlene Sarner. The film was nominated for three Academy Awards: Best Actress, Best Cinematography, and Best Costume Design. In addition, Turner was nominated for Best Foreign Actress ... more on Wikipedia

Peggy Sue Got Married IS LISTED ON