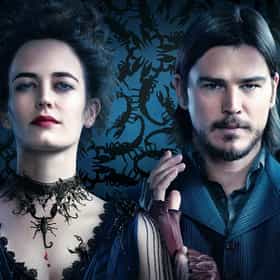 Penny Dreadful (Showtime, 2014) is a British-American horror TV series created for Showtime and Sky by John Logan, who also acts as executive producer alongside Sam Mendes. The title refers to the penny dreadfuls, a type of 19th-century cheap British fiction publication with lurid and sensational subject matter. The series draws upon many characters from 19th-century Irish and British fiction, including Dorian Gray from Oscar Wilde's The Picture of Dorian Gray, Mina Harker and Abraham Van Helsing from Bram Stoker's Dracula, and Victor Frankenstein and his monster from Mary Shelley's Frankenstein. On June 4, 2014, Showtime renewed Penny Dreadful for a ten-episode second season to ... more on Wikipedia

12 Easter Eggs In 'Penny Dreadful' Designed For Brainy Viewers 3.1k views Imagine a world where Dr. Frankenstein brushes shoulders with vampires, Dorian Gray has a dalliance with the Wolf Man, and D...
Which 'Penny Dreadful' Character Are You Based On Your Zodiac? 1.4k views Penny Dreadful is a supernatural thriller about Victorian London that aired on Showtime for three seasons. The characters in...

Penny Dreadful is ranked on...