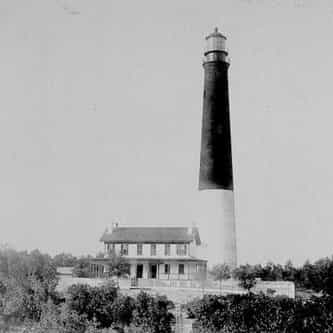 The first Pensacola Light was the lightship Aurora Borealis. It was moved to Pensacola in 1823 from its previous post at the mouth of the Mississippi River after a lighthouse had been completed there. Because of frequent rough seas, the lightship had to be anchored inside the bay entrance, behind Santa Rosa Island, and could not reliably be seen from ships outside the bay. In 1825 a 40-foot tower was built on a 40-foot bluff at the south entrance to Pensacola Bay. This light was also ... more on Wikipedia

Pensacola Light IS LISTED ON