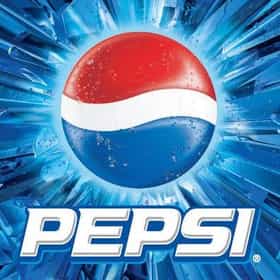 PepsiCo Inc. is an American multinational food and beverage corporation headquartered in Purchase, New York, United States, with interests in the manufacturing, marketing and distribution of grain-based snack foods, beverages, and other products. PepsiCo was formed in 1965 with the merger of the Pepsi-Cola Company and Frito-Lay, Inc. PepsiCo has since expanded from its namesake product Pepsi to a broader range of food and beverage brands, the largest of which includes an acquisition of Tropicana in 1998 and a merger with Quaker Oats in 2001, which added the Gatorade brand to its portfolio. As of January 26, 2012, 22 of PepsiCo's brands generated retail sales of more than $1 billion ... more on Wikipedia

The Coolest Pepsi Flavors You Never Knew Existed 20k votes If you're a Pepsi drinker, you probably know some of the different Pepsi flavors they've rolled out over the years: Pepsi Wi...
Crystal Pepsi Was The Choice Of A New Generation, But Not For Long 6.4k views What’s better than regular Coke? Clear Coke, of course! Or, at least that’s what a majority of the top soda brands in the US...
The 20 Most Cringeworthy Stills From That Tone-Deaf Pepsi Commercial 280 votes To sum up everyone’s thoughts when Pepsi unveiled a new #Resistance-inspired advertising campaign starring Kendall Jenner: O...

Pepsi is ranked on...

#22 of 67 Brands That Changed Your Life For The Better 25.8k VOTES It may sound weird to say that a brand or a company has had a profound impact on your life, but for many, it's absolutely tr...
#12 of 180 People who voted for Pepsi... also upvote Dark Knight Franchise on The Best Superhero Movies Ever Made also upvote Harry Potter Franchise on The Best Movies of All Time Companies That Have The Best Branding 29.2k VOTES This is a list of the savviest brand managers in the business, ranked by the wisdom of the crowd. Anyone can contribute to t...
#4 of 33 The Best Fountain Sodas 6k VOTES Crisp, bubbly, and refreshing, fountain sodas have become a go-to beverage at movie theaters and restaurants across the glob...
#2 of 14 Companies That Took a Stand In A Positive Way In 2018 2.6k VOTES While the general public often views large corporations with scrutiny, occasionally a news story will pop up about comp...
#17 of 219 The Best Global Brands 15.9k VOTES A complete list of the strongest global brands. This list is ranked by brand name recognition and how much the strength of t...
15 Famous Corporate Logos Then And Now 276.2k VIEWS There are some corporate juggernauts whose names instantly evoke their logos. Starbucks. Coca-Cola. Google. You can picture ...

Pepsi is also found on...