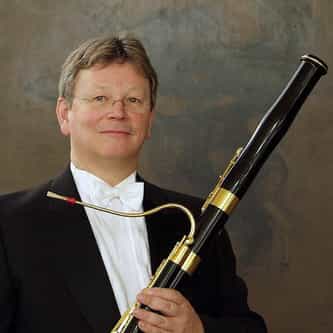 Per Hannevold, born 1953, is a member of the Bergen Woodwind Quintet and has been principal bassoon of the Bergen Philharmonic Orchestra since 1979. He was a member of the Norwegian Radio Orchestra (Kork) from 1974 till 1979. He is a Professor at the Grieg Academy, University of Bergen. His repertoire includes all of the standard bassoon concerto and chamber music works, and Ruth Bakke’s Illuminations, John Williams’s The Five Sacred Trees, and Jean Françaix’s Concerto. Worldwide ... more on Wikipedia

Per Hannevold IS LISTED ON

#7 of 51
2.4k VOTES The Greatest Bassoonists of All Time
54.7k VIEWS Famous Bassoonists