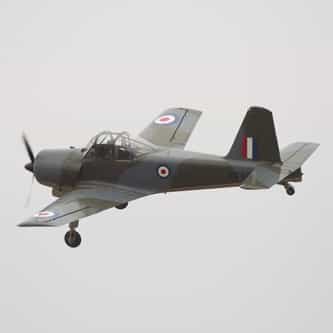 The Percival P.56 Provost was a British ab initio trainer that was developed for the Royal Air Force in the 1950s as a replacement for the Percival Prentice. It was a low-wing, monoplane with a fixed, tailwheel undercarriage and had an unusual side-by-side seating arrangement. The Provost has the distinction of being the last piston-engine basic trainer aircraft to be operated by the RAF. The Provost was later adapted to make use of a turbojet engine, producing the BAC Jet Provost. The ... more on Wikipedia