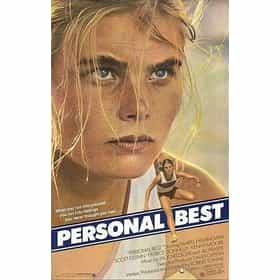 Personal Best is a 1982 movie centered on a group of women trying to qualify for the American track-and-field team bound for the 1980 Olympic Games. Despite their commitment to their training regimen, their dreams are thwarted when the United States announces its boycott of the Games for political reasons, leaving them with only the informal "personal best" marks they achieved during training to connote their achievements. The movie starred Mariel Hemingway and real-life track star Patrice Donnelly, along with Scott Glenn as the coach of the track team. It was written, produced and directed by Robert Towne. The film was praised by critics for providing a realistic look at the ... more on Wikipedia

Personal Best is ranked on...

Personal Best is also found on...