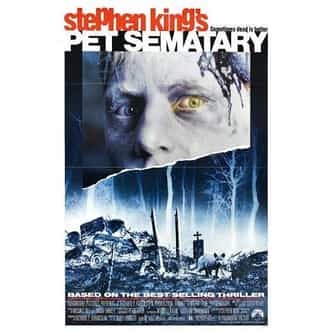 Pet Sematary is a 1989 American horror film adaptation of Stephen King's novel of the same name. Directed by Mary Lambert and written by King. Andrew Hubatsek was cast for Zelda's role. Author King has a cameo as a minister. A sequel, Pet Sematary Two, was released which was met with less financial and critical success. ... more on Wikipedia

27.1k readers Real Burial Grounds And Locations That Could Have Inspired 'Pet Sematary'

Pet Sematary IS LISTED ON