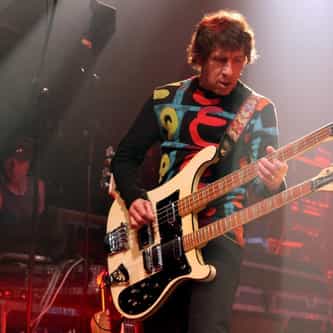 Peter Trewavas (born 15 January 1959, Middlesbrough, North Yorkshire, England) is an English musician, known as the bassist of Marillion. He joined in 1982, replacing Diz Minnitt, while acting occasionally as a backing vocalist and acoustic guitarist. Although he was born in Middlesbrough, Trewavas spent much of his childhood in the Buckinghamshire town of Aylesbury. It was in Aylesbury that he became involved in several bands, having most success with The Metros, before taking up his long ... more on Wikipedia

Pete Trewavas IS LISTED ON