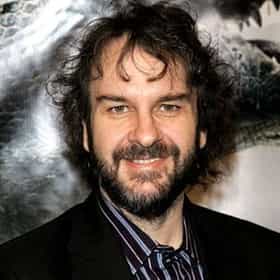 Sir Peter Robert Jackson (born 31 October 1961) is a New Zealand film director, screenwriter, and film producer. He is best known as the director, writer, and producer of the Lord of the Rings trilogy (2001–03) and the Hobbit trilogy (2012–14), both of which are adapted from the novels of the same name by J. R. R. Tolkien. Other films include the critically lauded drama Heavenly Creatures (1994), the mockumentary film Forgotten Silver (1995), the horror comedy The Frighteners (1996), the epic monster remake film King Kong (2005), the supernatural drama film The Lovely Bones (2009), and the World War I documentary film They Shall Not Grow Old (2018). He produced District 9 (2009), The ... more on Wikipedia

Peter Jackson is ranked on...

#68 of 783 People who voted for Peter Jackson... People in the Midwest are 2x more likely to vote for this Women are 2x more likely to vote for this The Greatest Directors In Movie History 301.2k VOTES List of the greatest directors in movie history, who are most deserving of Academy Awards and critical recognition. The list...
#33 of 227 People who voted for Peter Jackson... People under 30 are 2x more likely to vote for this also upvote X-Men Franchise on The Best Movies Based on Marvel Comics The Greatest Living Directors, Ranked 82.7k VOTES List of the best living filmmakers (though not necessarily still actively making films.) When discussing the finest director...
#967 of 1,472 The Greatest Minds of All Time 736.2k VOTES List of the Greatest Minds of All Time, throughout history. This list represents the most influential thinkers across variou...
#415 of 474 Famous Role Models We'd Like to Meet In Person 531k VOTES These are the famous folks it would be most exciting to meet in person, as ranked by the wisdom of the crowd. Some of the be...
#72 of 161 The Most Overrated Directors of All Time 38.8k VOTES List of the most overacted directors in the film industry of all times. Often the success, both critically and financially, ...
#78 of 139 The Greatest Auteurs in Film History 12.9k VOTES An auteur is a filmmaker or director whose personal, individual production style and creative flare gives his or her films a...
#4 of 51 Who Should Direct the New Star Wars Films? 8.5k VOTES It was announced that Disney has bought Lucasfilm for 4.05 billion dollars. Not only that, but they have also stated that th...
#35 of 35 The Most Likely 2015 Oscar Winners for Best Director 277 VOTES There were plenty of excellent 2014 movies but only one film director will take home the Best Director Oscar at the 87th Aca...
#4 of 159 The Best Directors of the 2000s 3.7k VOTES The best directors of the 2000s rank among some of the greatest living directors and most among the best directors of all ti...
#1 of 26 The Top Directors of the 2000s 505 VOTES List of the top directors of the 2000s. From 2000 to 2009, the best directors of all time were able to push out some of thei...
Tiny Movie Cameos By Super Famous People 198k VIEWS Some actors have perfected the art of making a cameo. They can drop in and blow your mind in five minutes or less and s...
#7 of 60 The Best Action Directors in Film History 133 VOTES Who are the best action directors in film history? This is your chance to decide. Making good action movies is a difficult t...
15 Celebrities Who Made Hidden Cameos You Definitely Missed 169k VIEWS There are plenty of things in films and television shows to keep a viewer entertained, be it the story, the special eff...
Famous People Named Peter 82.6k VIEWS List of famous people named Peter & Pete, along with photos. How many celebrities named Peter can you think of? The famo...
Famous People Whose Last Name Is Jackson 27.5k VIEWS Being a fairly common name, it's no surprise there are a lot of famous people with the last name Jackson. Do you recognize a...
Celebrities Born On Halloween 17.3k VIEWS Here are all the famous people who were born on October 31st, Halloween. Featuring actors, musicians, singers, ath...
The Highest Paid Celebrities of 2013 20.1k VIEWS The highest paid celebrities of 2013 range from the top stars in music, movies, television, news and sports, but all have on...
Male Celebrities Who Are 5’5" 8.4k VIEWS This list contains examples of male celebs who are 5'5" loosely ranked by fame and popularity. Although they stand belo...
EW.com's The 50 Smartest People In Hollywood 33.6k VIEWS EW's list of the most intelligent people in Hollywood. These stars all have extremely high IQs and are the smartest celebrit...

Peter Jackson is also found on...