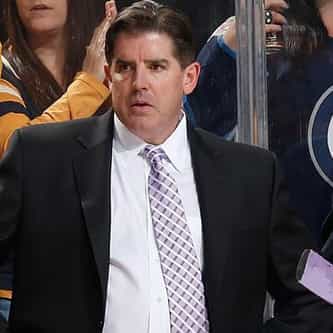 Peter Philip Laviolette Jr. (born December 7, 1964) is an American professional ice hockey coach and former player. He is the current head coach for the Nashville Predators of the National Hockey League (NHL). He has previously held this position with the New York Islanders, Carolina Hurricanes, and Philadelphia Flyers. He coached the Hurricanes to a Stanley Cup win in 2006, and later coached the Philadelphia Flyers to the Stanley Cup Finals in 2010, and the Nashville Predators in 2017. ... more on Wikipedia

Peter Laviolette IS LISTED ON