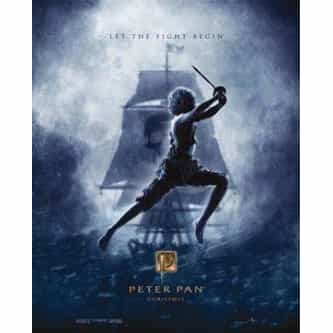 Peter Pan is a 2003 Australian-American-British fantasy film released by Universal Pictures, Columbia Pictures and Revolution Studios. It was the first authorized and faithful film or TV adaptation of J.M. Barrie's play in half a century, after Disney's version in 1953. P. J. Hogan directed a screenplay co-written with Michael Goldenberg which is based on the classic play and novel by J. M. Barrie. Jason Isaacs plays the roles of Captain Hook and George Darling, Olivia Williams plays Mrs. ... more on Wikipedia